The brand new Avenger made it’s debut in stunning fashion as Jim Koehler piloted the truck to a third place finish in freestyle. Mr. Excitement lived up to his moniker with a thrilling performance featuring massive air, a backflip and a wicked set of cyclones that had the fans at Sam Boyd Stadium on their feet.

Before the start of the Monster Jam World Finals the Team Scream Racing crew was hard at work thrashing away on the all new Avenger as well as Rage to get ready for the weekend’s events. Rage would be competing in the Double Down Showdown on Thursday night for a chance at making it into the main field of the World Finals.

Wednesday practice would be the all new Avenger’s first time down the track, but they would find issues with the rear driveshaft in both passes. After some quick thinking and thrashing the team figured out their issue and were able to make a third pass where the truck looked great going down the track. For Cory Rummel and Rage it would be a decent day as they looked good in their practice passes.

Thursday night would be Qualifying for the main field and racing for the Double Down Showdown competitors. Jim Koehler would turn some heads with the strongest qualifying effort he’s ever had at the World Finals and it had not only the fans, but the competitors talking.

In the Double Down Showdown things didn’t go quite as well. Rage looked great coming down the straightaway in Rummell’s round one race but the truck suffered an issue under braking and lost all power at the turn, ending their night early. While it was a disappoint it was a learning experience for Rummell and the team going into the World FInals racing event the next day.

On Friday night Koehler set out to prove his qualifying passes were no fluke as they got ready to compete for the World Finals Racing Championship. Round one saw Koehler make a great pass down the track to defeat Zombie and advance into round two. It would be a tough opponent in the next round with one of the favorites to win in the other lane with Neil Elliott and Max-D. Koehler was unphased though and put down yet another great pass and would knock out Elliott in round two to advance to the quarter finals. The next race would be against good friend Mike Vaters II and Overkill Evolution. Once again Koehler was bad fast and would take the win to advance to the semi-finals against Ryan Anderson and Son-Uva Digger. It would be a great race but a slight bobble in Thunder Alley saw the truck drift into the barrier on the outside of the lane costing precious time. Koehler tried valiantly to make up the distance with a spectacular turn but just didn’t have enough to come from behind to sneak away with another win. Regardless it was a phenomenal night with Koehler’s career best racing performance at the Monster Jam World Finals. 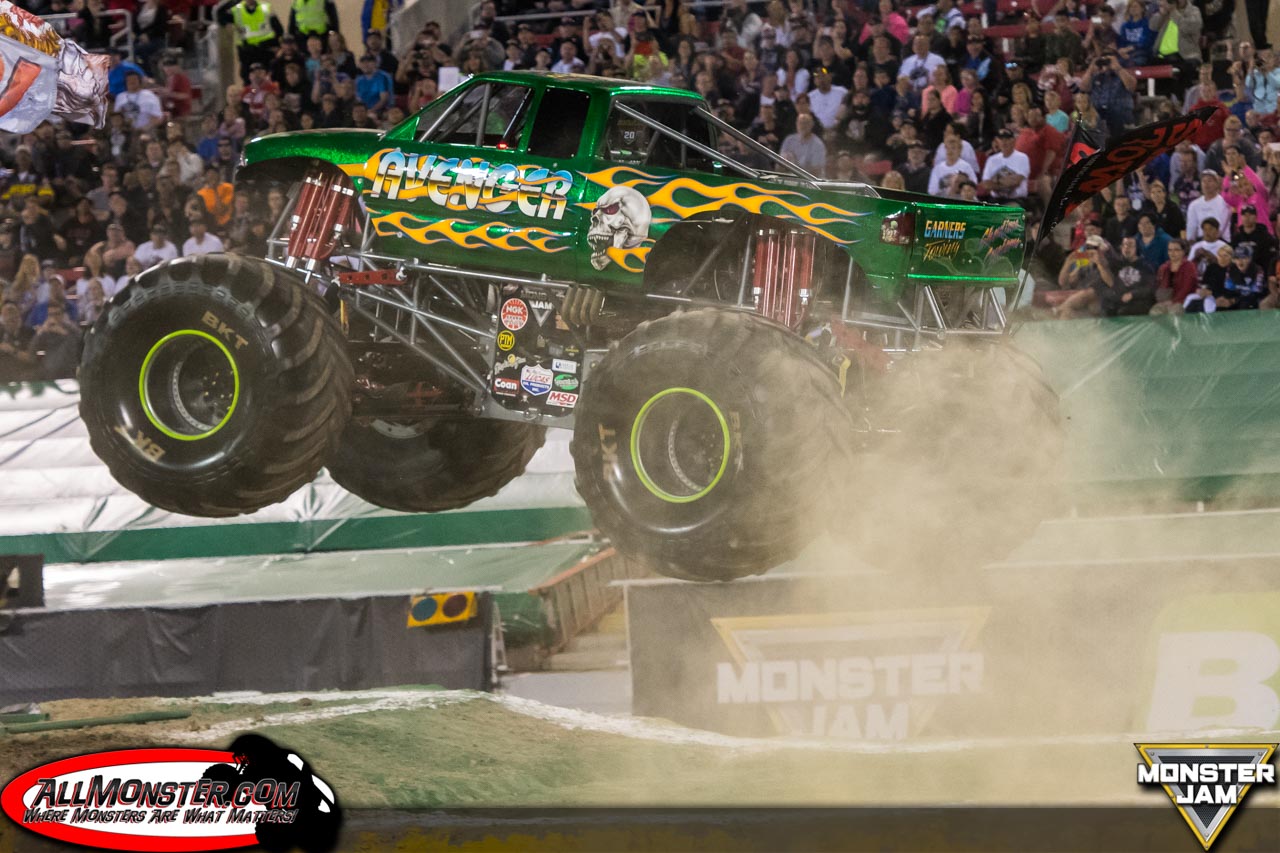 Finally it was freestyle day at the Monster Jam World Finals and the crowd was still buzzing over Koehler’s racing performance the night before. The big question was if the new truck freestyle’d as well as it raced. It didn’t take long for Koehler to answer that question as he put down a thrilling run from start to finish. In typical Mr. Excitement fashion, Koehler sent the truck into orbit midway through his freestyle with the biggest air of the night. To take it up another notch, he followed the massive leap with a backflip! The right rear wheel folded up on the landing but that didn’t stop Koehler as he continued to push the truck with more jumps and donuts before his time was up. At the end of the night his efforts would be good enough for third place out of the 32 best trucks in the industry. 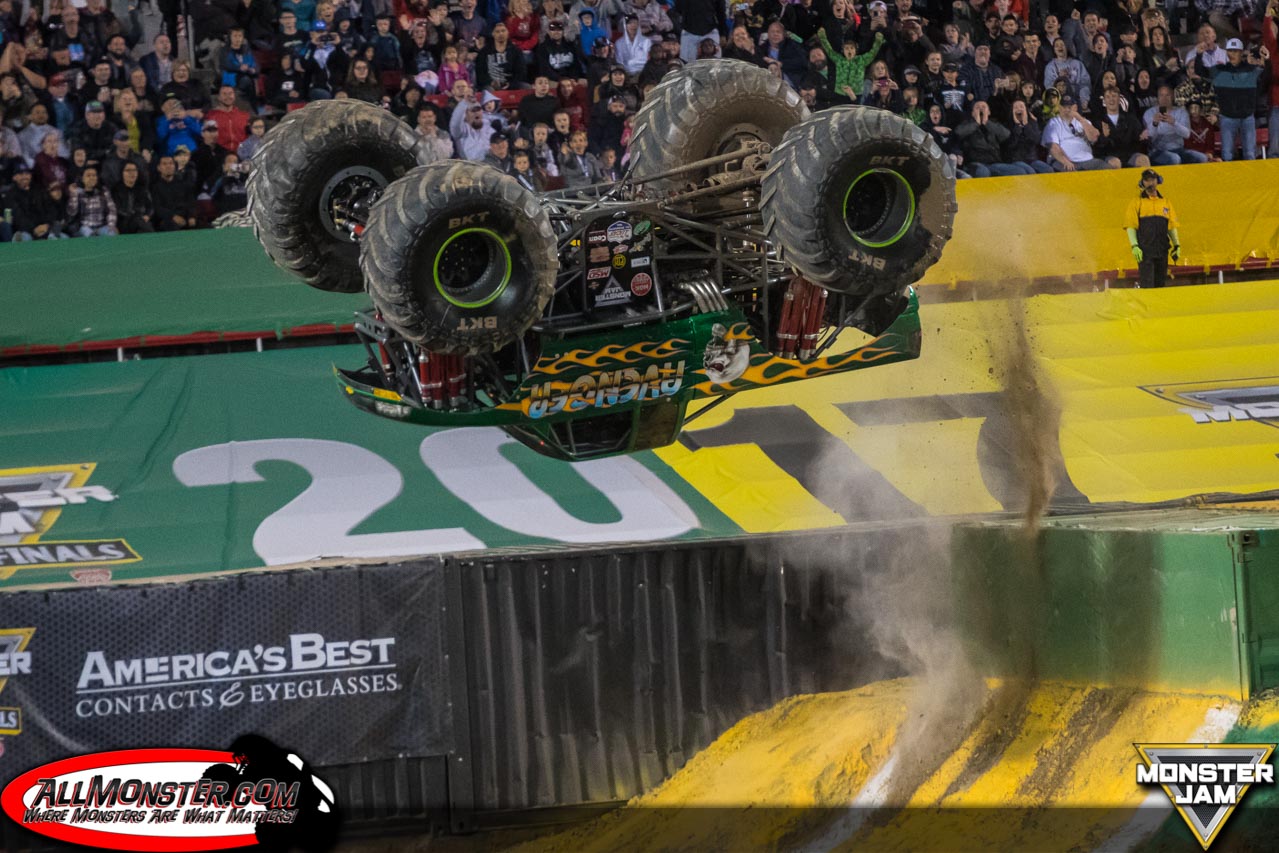 It was an astounding weekend with many highlights for the team at this year’s Monster Jam World Finals. We always enjoy our time in Vegas and this year was certainly no different. Now the team shifts their focus towards the super busy summer schedule with many big events to look forward to along the way. Be sure to follow us here and on our social media for the latest updates on all things Team Scream Racing.