New Body For Avenger to Commemorate 20 Years of Excitement

2017 marks 20 years of excitement for Avenger as the truck made its debut back in 1997. To commemorate and pay tribute to the team’s origins, team owner Jim Koehler decided a throwback to the original Avenger was in order. This past weekend Koehler unveiled the S-10 body look at the Alamodome in San Antonio, Texas for the first stop of the Monster Jam FS1 East Championship Series. Koehler would kick off the 20th anniversary celebration tour in a big way as he picked up a freestyle win Sunday afternoon with a patented Mr. Excitement freestyle run. The freestyle performance was packed with plenty of big air like Avenger is so notoriously known for. One big leap led to a funky bounced that pitched the truck over and onto the nose but a quick touch of throttle got the front tires to pull the truck around and back onto all four tires. The excitement didn’t stop there as Koehler continued with more big air before eventually rolling the truck over backwards off of a big sky wheelie. The crowd at the Alamodome erupted and the judges would give Koehler the lead which eventually held on for the win by one point over Linsey Weenk and the Lucas Oil Crusader. Freestyle wasn’t the only place where Koehler did well though, as he qualified in the top eight to make the racing bracket during both events in San Antonio. The result at the end of the weekend saw Avenger leaving with 36 points which was good enough for sixth place in the current season standings. 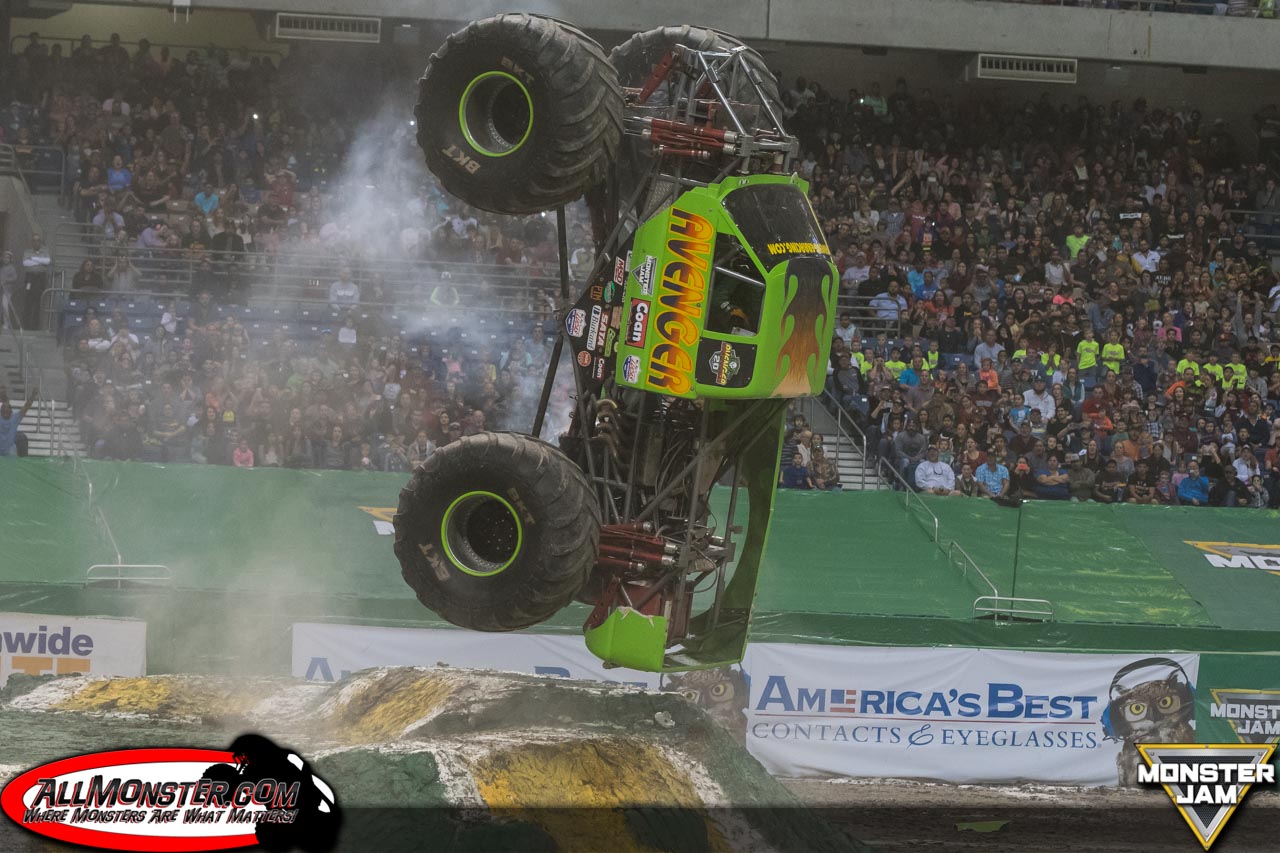 Brad Allen and Brutus also joined in on the action in San Antonio but had a bit of a rough weekend with breakage on the truck. Allen did manage a second place finish in the wheelie contest on Saturday night, just one point shy of tying for the win. In freestyle he would put up a score of 28 which would put Brutus right in the middle of the pack for a solid first night on the series. Sunday though the truck had some issues but the team battled to get the truck back to 100% before freestyle. It was a valiant effort from the team but one the very first jump in freestyle the back wheels clipped the top of another ramp which lead to the truck rolling over into a position where Allen couldn’t save it. It would be a tough break but the duo will be back in action again next weekend in New Orleans at the Superdome.