We always have fun at the Monster Spectacular event in Montreal, Quebec. Olympic Stadium is a huge stadium, with a huge floor, some big obstacles… and awesome fans ! This year surely did not disappoint! There even was a backflip container…

This weekend in Montreal, it was Jim Koehler & AJ Ganci, driving Avenger & AXE. We got to the stadium around 10 am. Since the trucks spent so much time in the trailer in this cold weather, we had to get them out with a loader, because we can’t start them when they are that cold.

Then we checked the air pressure, oil levels, tired tired up and got ready for the pit party.

The show started with parade laps, then racing. AJ made it all the way to the finals in racing, which was awesome, but lost against Red Baron in a pretty close race. Pretty good for his first time in Montreal! Sure made a great impression and the AXE truck was definitely a fan favorite! After racing, they did a wheelie / 2 wheels competition. Avenger had some killer wheelies!

Freestyle was wild! 15 trucks. 15 drivers determined to win ! AJ got some good air and great momentum, but broke an axle shaft which prevented him from going all out. He still gave a great show for all the Montreal fans! Jim & Avenger went on the track with one goal in mind: winning freestyle! and so they did! Huge air, sweet donuts…. anddddddddd a backflip attempt! Unfortunately, the truck over rotated, so it landed on its roof, but the fans LOVED it and were going crazy! Aside from some body damage and a busted rim and tire, the truck was fine! Check out our videos section to see Jim freestyle! 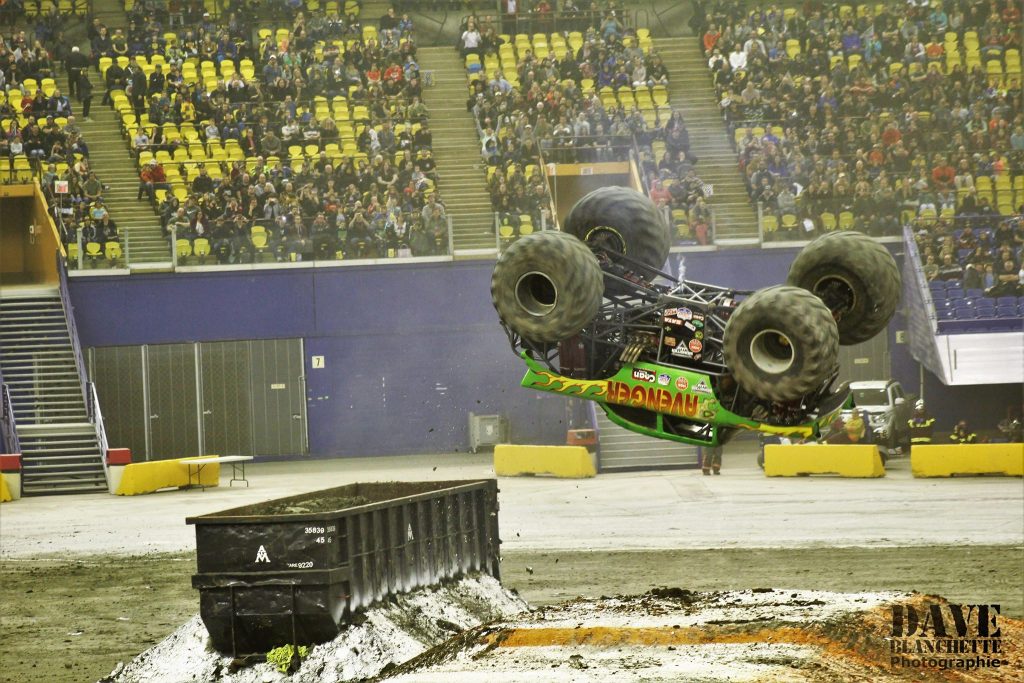 Next show in Canada will be on May 12th. Jim & AJ will be in Quebec City ! 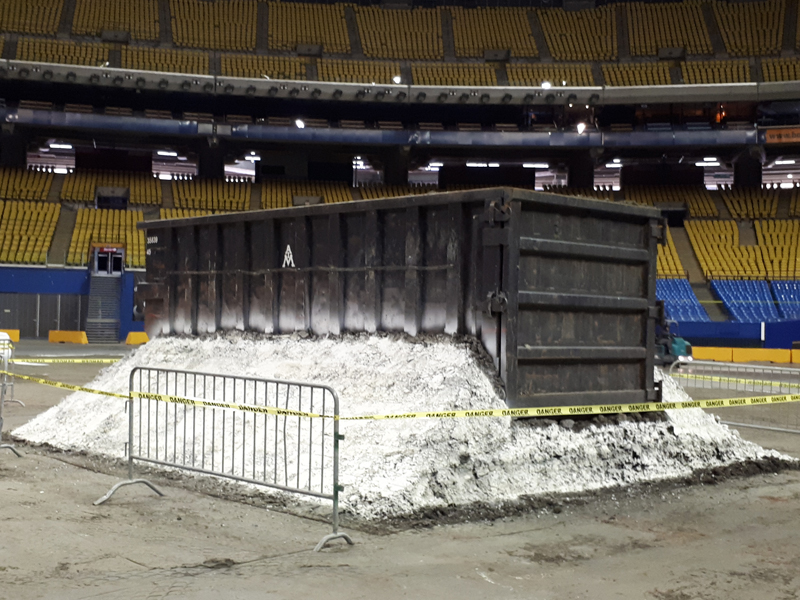 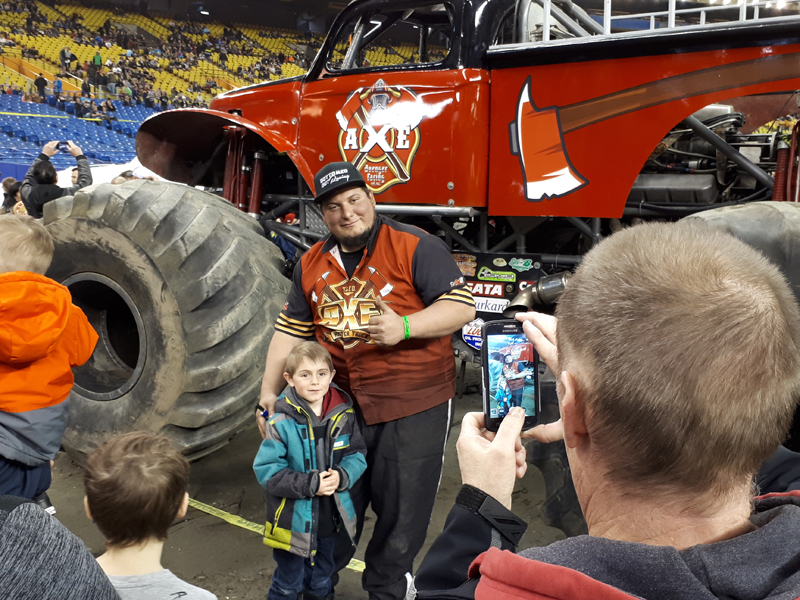 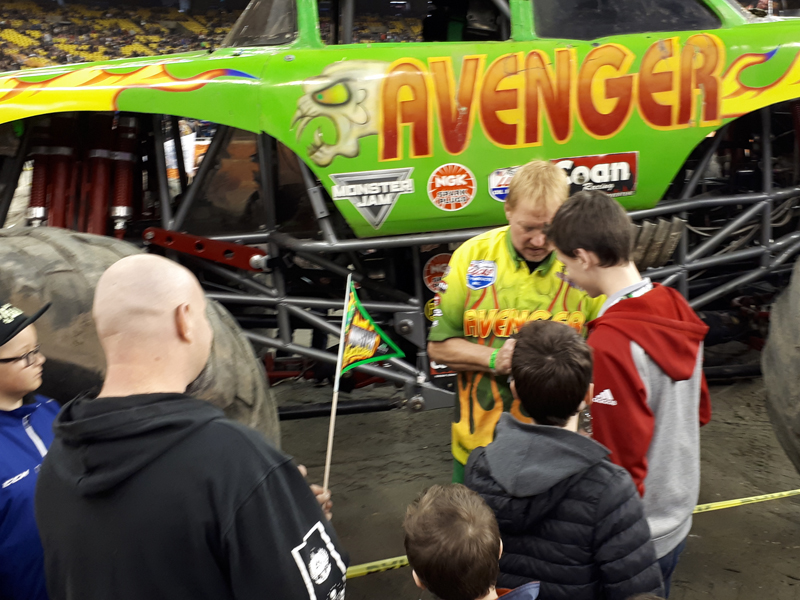 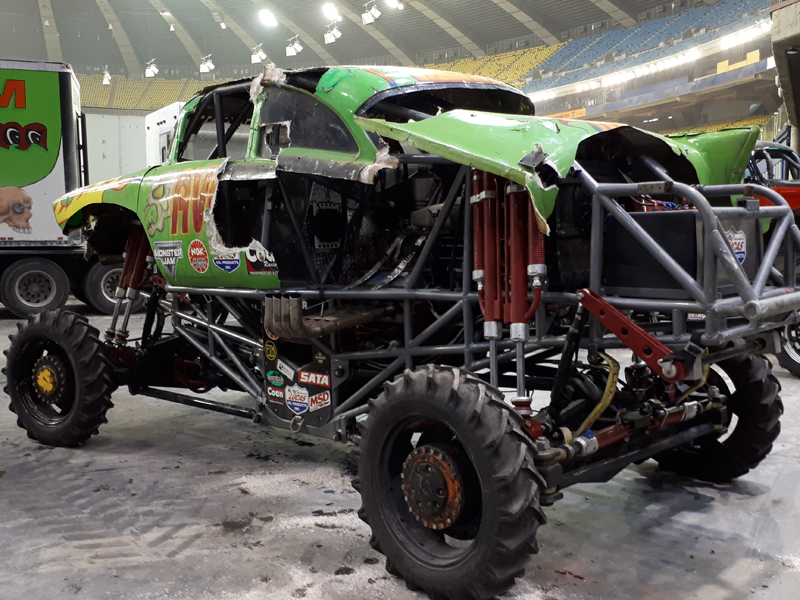 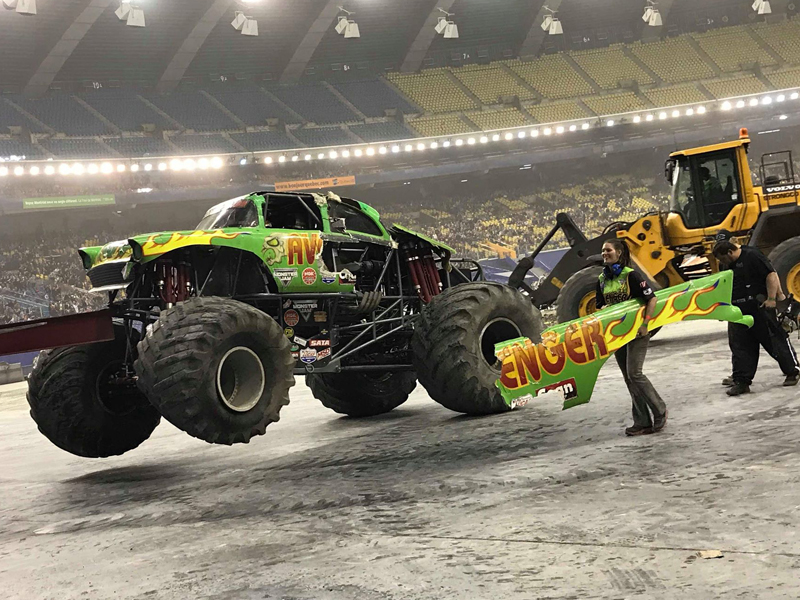 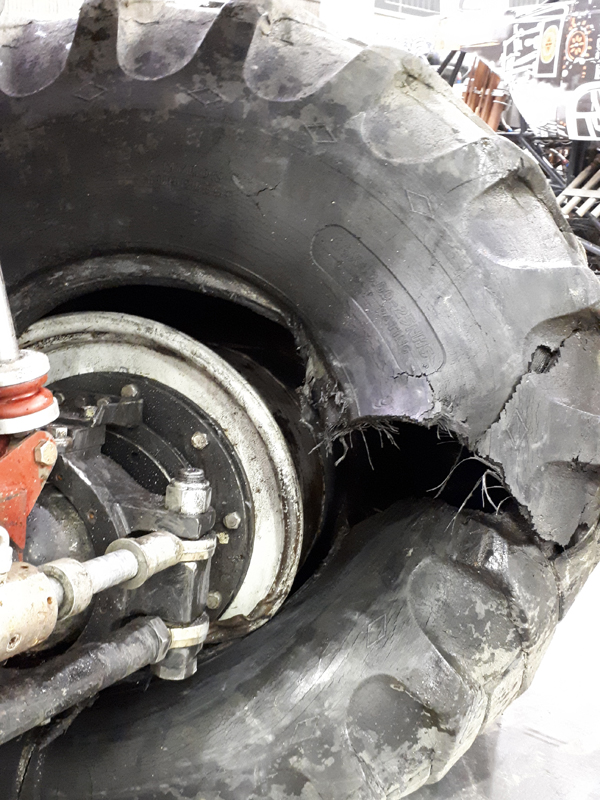 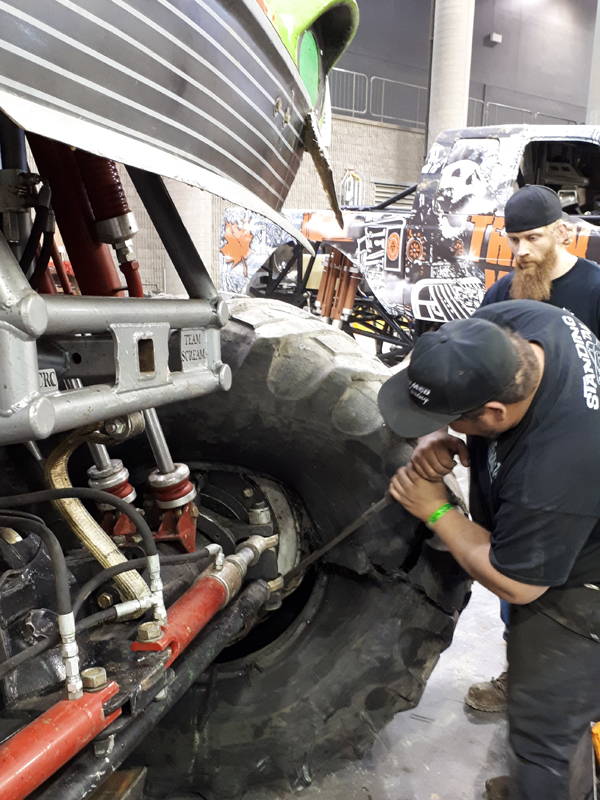 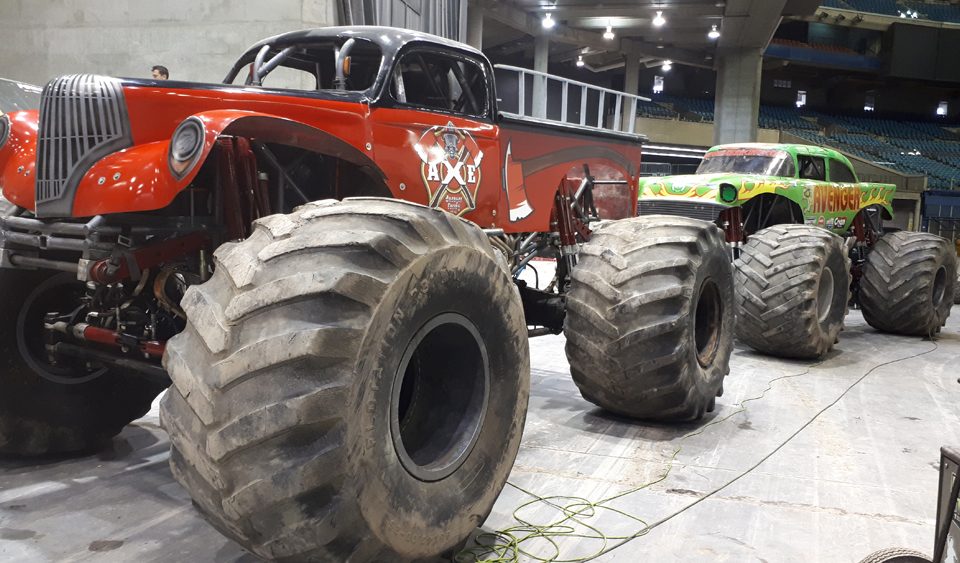